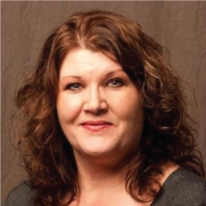 When Governor Terry McAuliffe announced additional appointments to his administration earlier this week, it was no surprise to see Elizabeth Creamer’s appointment as Advisor for Workforce Development, within the Secretary of Commerce and Trade Office.

“I feel certain that she’ll be doing a great deal of good for the Commonwealth at large and for workforce development in her new role,” said Dr. Craig Herndon, Vice Chancellor for Workforce Development.

Having previously served as the Director of Education and Workforce Development for the Office of Governor Bob McDonnell, Creamer acted as a liaison between the Secretariats of Education and Commerce & Trade. Prior to that role, she was an Assistant Vice Chancellor of Workforce Programs and Career Pathways for the Virginia Community College System.

During her career, Creamer has been instrumental in the development and implementation of the On Ramp program for dislocated workers and the formation of the Governor’s Career Pathways Work Group. She is the Governor’s representative on the Virginia Workforce Council.

Creamer also brought her hard work and talent to the writing of Virginia’s Career Pathways Strategic Plan and the successful application for over $13 million in grant funding to provide adult career coaching and job placement services that get trade impacted workers and veterans the skills they need to enter careers in high demand fields.

Creamer will support Governor McAuliffe’s administration by working across Secretariats, state agencies, and the two houses of the General Assembly on issues that will grow Virginia’s economy by expanding a highly trained, competitive workforce.